Should we treat others as we want to be treated?

Last week, I watched an interview which brought me some tough time thinking. It was Neal Kravitz interview on Facebook. He is a famous American board-certified orthodontist based in South Riding and Ashburn, Virginia. He has published dozens of articles in all the major orthodontic journals. These texts are always explicit and helpful. He is also very active on Facebook (Orthodontic Pearls group) sharing useful pieces of clinical knowledge. Once I even translated one of his texts into Russian for Kevin O’Brien’s orthodontic blog.

In the interview, Neal discussed several issues regarding practice management, the importance of good documentation, relationships between colleagues, etc. Everything in his positive though pragmatic style. I like this attitude. He spoke a lot on the importance of being tolerant to imperfect referral cases from our peers and the need to protect each other in the eyes of our patients.

If we look closely, the overall message of this one-hour interview can be simplified to a pivotal philosophical concept of the entire western civilisation: treat others like you want to be treated. And this is where my tough time started… 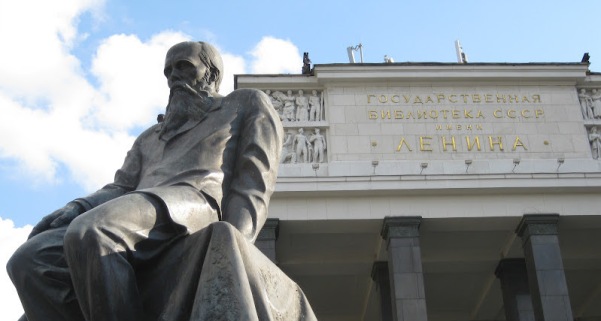 Do I have imperfect finishings myself? Sure, I do have a significant number of cases I am not happy about. Of course, each year I become a little better, but I am sure that even in 20 years I will still have cases I would like to improve.

However, my first impression when I finished watching the interview was: well, it is easy to treat others like yourself and forgive imperfections when you know that all of your peers have been through high-quality residency programs, have perfect knowledge of English, and are licensed to practice orthodontics. What about me? My referral cases are most of the time (of course, there are exceptions) from people who have limited orthodontic knowledge and – let’s be brutally honest – often start cases without even a minimum diagnostics. As a result, very often treatment plans in the area where I work look like this:

Should I treat such practitioners as I want to be treated and why? From a first glance, it is a tricky question to answer. My immediate impulse was: no, Neal, your approach just doesn’t work in Eastern Europe, how can I forgive all the mess they are doing to teenagers on a regular basis? But then I started reflecting on this deeper. And this brought me to… Dostoevsky.

During the last five years, I have been translating various orthodontic texts into Russian (the activity I have completely lost faith in recently)  as well as writing some of mine for this blog. This month, for instance, we have a book by Kevin O’Brien in my translation to be published in Russia. I do most of my writings in a café in the downtown of Moscow overlooking the National library and Dostoevsky monument that stands in front of it. One of the central topics of Doestoevsky’s literary heritage was forgiveness. And some intangible logic makes me feel that this is very relevant to post-Soviet orthodontics.

One of my favorite Dostoevsky’s short stories is ‘The Dream of a Ridiculous Man’ where he describes a man tired of injustice and brutality of life ready to shoot himself dead who falls asleep and sees a dream about a perfect society living on a secluded island: an utopia where everyone loves each other and everything is in balance. The story is narrated from the first person: one day the narrator accidentally teaches the inhabitants how to lie. This begins the corruption of the utopia. The lies engender pride, and pride engenders a deluge of other sins. Soon the first murder occurs. Factions are made, wars are waged. Finally, the narrator wakes up in a cold sweat realizing that it was him who are in charge of the injustice going around. He then promises himself to share love as much he possibly can and to start it right at the moment. He rushes outside to help a little homeless ragged girl whom he recently eschewed. End of story.

Do I mean that the homeless girl is post-Soviet orthodontics? Perhaps. Should we help poorly trained practitioners to improve their skills, learn English, get out of the mess that they have created in their patients’ mouths? Absolutely! For our own sake. It is much more comfortable to live and work around like-minded people. We, who are already aware of major problems due to the lack of orthodontic infrastructure, should help others in order to create a good atmosphere around. And perhaps one day we will have a high-quality orthodontic postgraduate program established. Perhaps we will even have a board (or will integrate post-Soviet orthodontics into an international board: which is much better solution, in my view). But first, we have to get rid of this primary trait of Soviet mindset, which according to a prominent Russian poet, Joseph Brodsky, is the feeling of a complete disrespect to a neighbour.

We should spread help and respect no matter what. And everyone who is troubled with this is his/her own enemy. Thank you, Neal Kravitz, for letting me went through this span.

Search on this blog

Looking for an orthodontist in Moscow, Russia?